Smith & Wesson CSX is one of the new hot releases from Smith and Wesson. The CSX is very similar to a 1911 style pistol in the grip frame module and the overall function. However, there are some stark differences and this is not a 1911.

So let’s talk about the controls of the gun because I feel like that’s really what makes a gun excellent or bad. 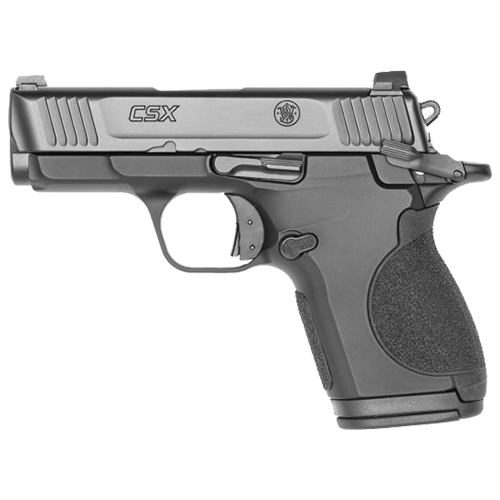 So the controls themselves are pretty much like any other pistol for the most part. The biggest thing is going to be how well they function.

Let’s start with the trigger.

So the trigger overall is decent but not great.

The appearance of it is really what strikes you. You have a center shoe, something that you’d expect to see on a Glock safe action trigger, with the middle being what you depress to activate the trigger.

But at the same time, the trigger appearance is that of a 1911 style trigger; however, this is very much on a hinge. So you still get that hinge motion.

The trigger, there’s no real defined wall, and it is kind of squishy. Not a massive fan of it, but it does get the job done.

The safety on the gun works really well it’s located at the rear of the grip frame just beneath the hammer, and it has just enough ledge to where your thumb can activate it up or activate it down. Overall, it works fantastic.

There is no clear indicator what is safe or fire, except on the right-hand side of the gun, there’s a little marker with an F on it.

But typically, you would see a white dot or a red dot, depending on if it’s on safe or fire. However, just know that down is fire, up is safe. Pretty standard on thumb safeties.

Overall, the function and feel of the magazine release works really well. Even on an empty mag, the magazine shoots out when you depress the release. It’s a little small, but it’s to be expected on a compact pistol.

It’s really important to have a gun that you like the appearance of, I know that sounds silly and kind of vain, but if you don’t like how your gun looks, you’re probably not going to pick it up and shoot it and become proficient with it enough to carry it.

The clear point of the CSX, being such a small gun, is obviously geared towards concealed carry.

The good news is the overall aesthetics are fantastic. The lines are great. The slide serrations are clearly defined and match the front and the back.

I really like how they did the CSX model indication on the left side of the slide is etched in and looks very clean.

Latestly, the classic Smith and Wesson logo is on the slide as well.

The top of the pistol slide is rather no frills, but it does look well done.

The right side of the gun has your standard ejection port and symmetrical slide serrations.

All of that looks fantastic, and meets the grip, which I’m a huge fan of the look of the grip.

Keep in mind this grip is a little different in that there’s not as much texturing across the grip surface itself.

It’s relatively smooth and flat but it really feels great in your hand. I’m just not convinced that it provides the most texturing possible when shooting the CSX.

This gun is going to conceal great. There are already holster manufacturers out there making holsters for the CSX.

This gun will appendix carry fantastic. If you want to carry it at three o’clock, it will do great because it’s such a small frame.

The slide is extremely short and not very thick. You’re only working with about a half inch. The overall grip frame itself is a little thicker than the slide overall, but it still feels really good.

Some companies already have holsters available for the Smith & Wesson CSX. The number one holster that comes to my mind is the Singleton. The Singleton is a great IWB or three o’clock carry holster.

It has a bunch of modularity. You can adjust the can’t, it works fantastic.

Overall, that’s my go-to but if you aren’t going to carry it concealed you might just want to get a range bag to carry it to and from the range.

The CSX, so far, has taken any ammo I’ve thrown at it. I haven’t tested it with carry ammo and hollow points but based on the chamber, it shouldn’t be a problem.

Shooting the CSX is a little surprising you’d expect the gun to be a bit more snappy than it really is. Its surprising how the gun is a bit more controllable than you’d think from such a short barrel and small grab frame.

The S&W CSX is a fantastic little gun. It’s fun, compact, and seems to have all the making to be a great carry gun.

I’m really excited to see what kind of aftermarket support the CSX gets in the meantime. I think that this gun will continue to be extremely popular and will likely become one of S&W’s flagship products.

If you are considering getting one be sure to check out several online retailers like Palmetto State Armory to get the best price on your new CSX. 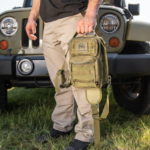 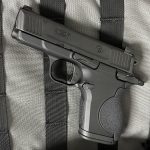 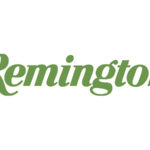 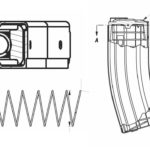